Tour of Italy stops in Courmayeur

Saturday 25 May 2019 the Giro d’italia returns to Valle d’aosta.

The Saint-Vincent-Courmayeur, fourteenth stage of the Giro d'italia 2019, will surely be one of the most challenging, with 131 kilometers of route, 4,000 meters of altitude and 5 great prizes of the mountain and can reserve not a few surprises.

After departing from Saint-Vincent, a town renowned for its historic spas, we continue along the Central Valley between mountains, castles and splendid panoramas to Courmayeur, where the Mont Blanc, which can already be noticed from the Colle San Carlo, awaits the majestic arrival of the runners. The cyclists will face in sequence the 1017 meters of Verrayes, the 1,582 of Verrogne, again the 1,256 meters of the Truc D’arbe (Les Combes) up to 1,951 meters of the Colle San Carlo before reaching the finish line in Courmayeur, located at 1,293 meters, in front of the starting point of the spectacular Skyway cable car Monte Bianco. It’s comes to long climbs and high slopes chained without stretches of breath, perhaps removed the crossing of the city of Aosta, the “Rome of the Alps”. Courmayeur will celebrate the arrival of the stage with three days of celebration, music, animations and sports and with the presence of Felice Gimondi, one of the greatest cyclists of all time.

Short and very intense alpine “tappone”. On 131 km of stage only 14 km (around Aosta) are flat, the rest is either uphill or downhill. You climb the GPM of Verrayes, then you cross Aosta and then climb in sequence Verrogne (15 km uphill and 15 km downhill), just after the ascent of Combes to the junction for Arvier (Truc d’arbe), then you go up to Morgex for half-coast roads and panoramic to climb the Colle San Carlo whose nosedive leads to La Thuile and Pré-Saint-Didier where through the old road you arrive in Courmayeur.

Last 8 km uphill with the first 3 around 6% followed by the next 5 km between 2 and 3% until the arrival. To report a double curve close to the right that leads into the straight that constitutes substantially the last km. Final straight (after a half-circle) of 100m, asphalt bottom, roadway of 6 m. 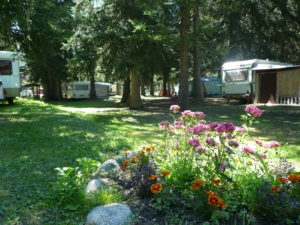 You can find out more about which cookies we are using or switch them off in settings.

This website uses cookies so that we can provide you with the best user experience possible. Cookie information is stored in your browser and performs functions such as recognising you when you return to our website and helping our team to understand which sections of the website you find most interesting and useful.

Strictly Necessary Cookie should be enabled at all times so that we can save your preferences for cookie settings.

If you disable this cookie, we will not be able to save your preferences. This means that every time you visit this website you will need to enable or disable cookies again.

NOTE: These settings will only apply to the browser and device you are currently using.